Close To The Sun

Developer: Storm in a Teacup

Close to the Sun is a horror adventure game that takes place at the end of the 19th century on a mysterious city-sized ship, The Helios, created by Nikola Tesla. The Helios is a haven for the greatest scientific minds, an unbound utopia for research, independent from state and away from prying eyes free to push and break the boundaries on time and matter.

We join The Helios, as Rose Archer, plucky journalist and sister to Ada Archer, a renowned scientist. After a turbulent journey through the oceans, we arrive at the bow of The Helios to a disturbing scene, rotting flesh lingers in the air, bodies lay strewn across the floors of the Grand Halls and QUARANTINE is painted across the entrance.

In the wake of Close To The Sun’s announcement, the title was quickly coined as “the next Bioshock’ which is not necessarily a bad thing. BioShock is a well respected and a game series loved by many. However, Close to The Sun may have a similar aesthetic thanks to the grandiose art deco decor and the creation of The Helios. But those similarities end there, the team at Storm in a Teacup have created an original, mystery thriller narrative that is full to the brim with fresh ideas and surprises.

We first had the chance to play Close to The Sun at Rezzed, where we chatted with Storm in a Teacup’s lead designer Joel Hakalax, he describes how the title has been 2 years in the making with a team of dedicated developers and designers.

I am the first to admit that the art deco movement is one of my least favorites, however personal bias aside, the extravagant and plush world that we navigate through is incredibly well crafted.

The marble floors and columns sing with realism, reflecting the lights and the surroundings. It’s a level of startling realism and acute attention to detail that is not in short supply throughout Close To The Sun. Care and consideration has gone into every frame and every detail. The quality of the rain beating against the windows, the billowing fire and smoke fuel the claustrophobic atmosphere that creeps over us as we make our way through the twisted flaming warren of The Helios. 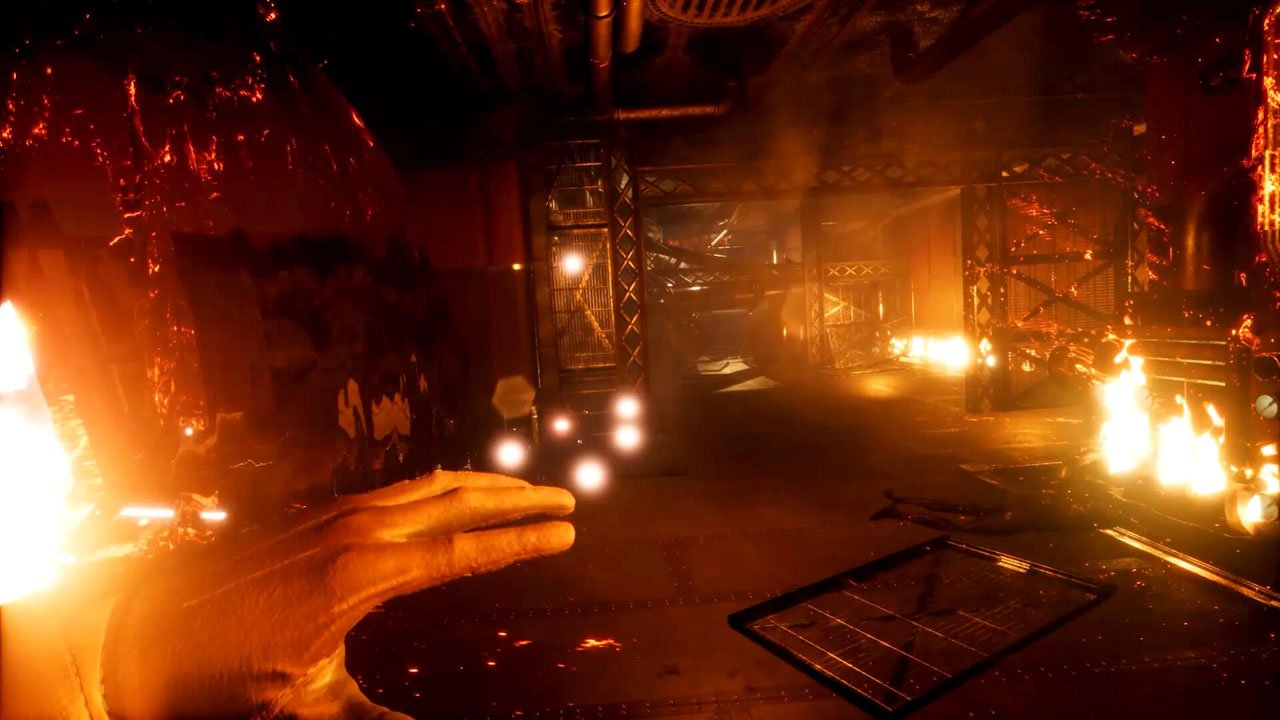 Something that had me actually stop in my exploring tracks to admire is the blue exo. Walking amongst the exo is like finding yourself suddenly immersed in a cloud. It is easy to imagine how it would feel to move through these clouds, the air electric, the hairs on your arms standing on edge.

A Feeling of Dread

I am not a novice horror gamer or a squeamish horror consumer, nor am I easily spooked or prone to fall for a jump scare. But, Close To The Sun got me good a few times.

The precise and calculated use of use scares throughout are in the less is more category. And, my god it really works. Shortly after stepping aboard The Helios you feel unsettled like you are being watched and followed.

Adding to this lovely sense of dread is the feeling of being a ‘fish out of water’. We, as Rose, do not belong here amongst the scientific genius. We have to rely on disembodied voices helping us via a transmitter. All the way through I was questioning the intentions of these unseen allies. Adding more fuel to this horror fire is the superb voice acting, soundtrack and in place the use of absolute deafening silence.

The voice actors lending their talents (in the English version) are;

The sparse use of a melodic soundtrack carries us along as we journey deeper into The Helios, add the ambient sounds of electricity crackling, the rain beating against the windows, the skittering of unseen dangers and trust me you will be on edge.

Now, one of my favorite aspects of Close To The Sun is the absolute lack of combat. Time and time again I find myself brought out of the immersion by a sudden fight/ murder spree. the biggest culprit for this, in my opinion, is The Last of Us, especially at the end when Joel is trying to get to Ellie, but I digress.

Close To The Sun doesn’t force combat, but it does present some chase scenes. Which are not pleasant, seriously my BPM was through the roof and they are not without their flaws. The sometimes hit/ miss button prompt to vault/ squeeze through a gap system does result in a few attempts after being caught and pretty viscerally attacked and stabbed to death. Those clunky prompts are my only real negatives for Close To The Sun, and they are not really that much of a hindrance outside of those chases.

Storm in a Teacup have produced something that equates to around 6/7 hours worth of gameplay. My overall thoughts and reaction to Close To The Sun is so overwhelmingly positive. I loved following the announcements, the finished game really lived up to my expectations and it delivered on its horror promise.

Pick up your copy today via the Epic Store, Close To The Sun comes to console later in 2019.